Macrotia is the medical term for big ears (Macro = big, and otia = ear). The ear is often described in thirds, vertically.  The central third is known as the conchal hollow (which leads to the auditory meatus, the "ear hole"), the upper third is the scaphal hollow and the lower third is the lobe.

Sometimes the ear is too big in all dimensions, and it is possible to reduce both the height and the width of the ear. If the upper third is out of balance, with a large, flat scaphal hollow, the ear can look top heavy, or triangular, or pointed, like an upturned pyramid.

If the lobe is too large, then the ear looks bottom heavy, or pear-shaped.

It is very common for bad otoplasty surgery to leave an ear long and thin.  In the pictures below, the goal was to rebalance it to look more natural and less angular.

Are my ears too big? What is a normal ear? 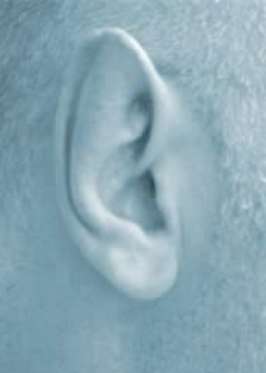 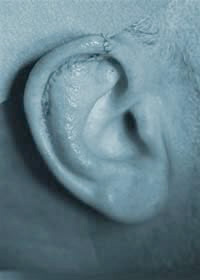 Occasionally one large ear becomes smaller, perhaps after an accident or because a tumour has been removed, for example, but after reconstructive surgery, it ends up looking the more attractive of the two, so the larger ear can be reduced in size to match.

In patients with neurofibromatosis, the ear is often enlarged and in the wrong place on the side of the head. Some lymph tissue growths can involve the ear and sometimes block the ear canal.

The procedure to make big ears smaller is known as Ear Reduction.

It is possible to reduce only the top part of the ear (the upper pole), the lobe, or both the upper pole and the lobe at the same time, as below, where the goal was to make the ear more petite and feminine: 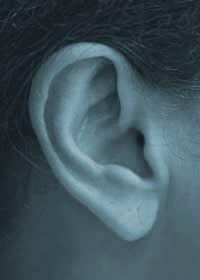 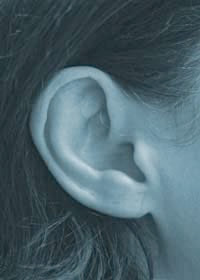 Reduction of the size of large ear lobes is a common request. Normal ear lobes are mostly fleshy, with only a small cartilage component and it is possible to make them significantly smaller. Old, badly sited piercings can be removed at the same time.

A swollen earlobe is common when a giant birthmark involves the ear.

Normal-sized ear lobes which stick out from the rest of the ear can also be corrected with a modified version of this technique.  Stick-out earlobes can be set back and made smaller in a single procedure. 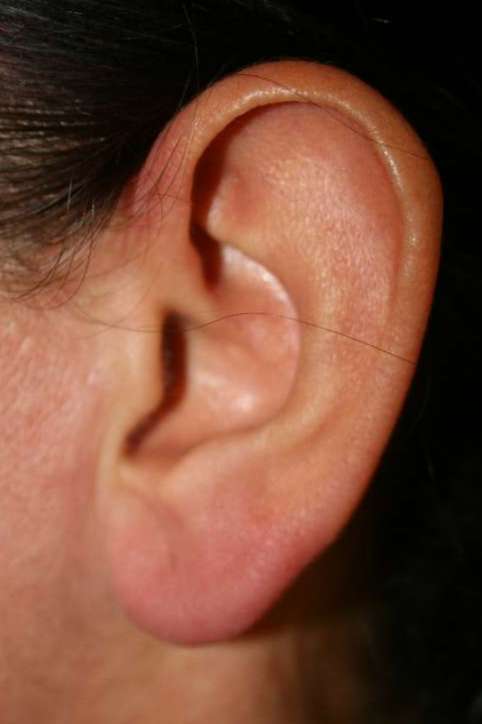 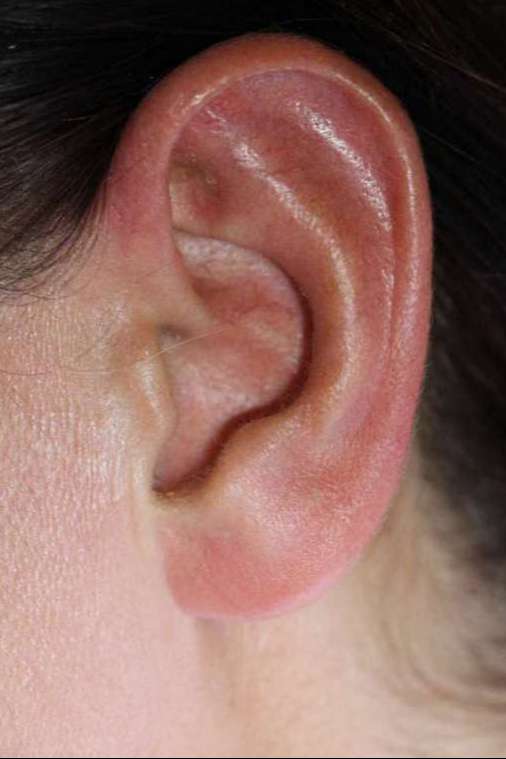