The ears are often damaged in accidents or by burns.  Although it is sometimes possible to re-attach the bitten off part, the most common outcome is that, even when seemingly successful, the part goes black and has to be removed, and it is often best simply to tidy up what remains of the ear at the time of injury, allow it to heal and then to reconstruct it when the tissues have had time to recover.

Deliberate harm caused by bites and acid burns are a relatively new phenomenon. 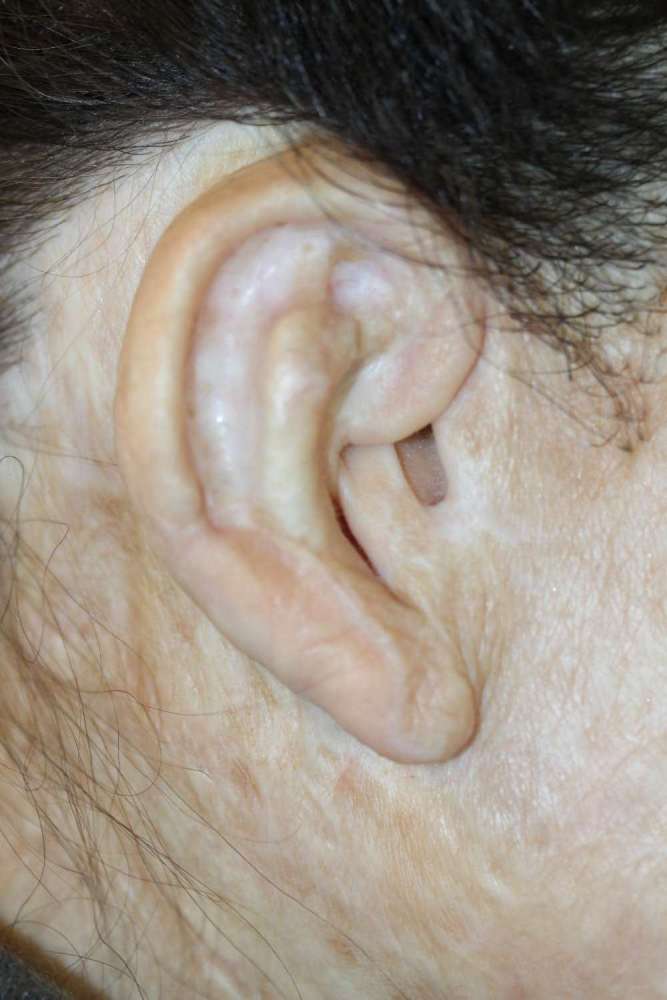